After 26 years of establishment, VSIP brand gradually spread in provinces from North to South, becoming a model for industrial development of Vietnam.

Sharing at the seminar to celebrate the 25th anniversary of the establishment of Binh Duong province, Assoc. Prof. Dr. Tran Dinh Thien, former director of the Vietnam Institute of Economics, a member of the Prime Minister’s Economic Advisory Group affirmed: “Binh Duong is a miracle of Vietnam in terms of economic development and industrialization”. Although starting from a purely agricultural province, poor, with difficult development conditions, after two decades, Binh Duong has made a successful breakthrough, establishing “miracles” in economic and social development.

Accordingly, Binh Duong ranks second in attracting FDI, domestic revenue ranks third in the country, and Top 5 localities contribute to the central budget. The province currently has no poor households according to national criteria, is the locality with the highest per capita income; ranked 6th out of 63 provinces and cities in the Provincial Competitiveness Index (PCI) ranking in 2021. 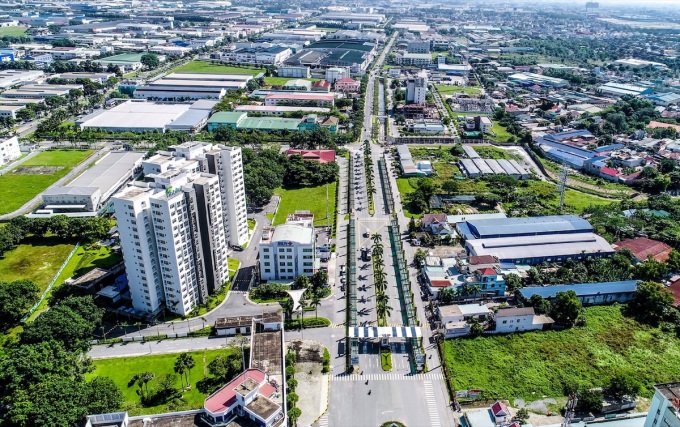 A corner of Binh Duong urban area – the “industrial capital” of the South. Photo: Quynh Tran

The driving force behind the development of Binh Duong, according to Assoc. Prof. Dr. Tran Dinh Thien, is the formation and development of the Vietnam – Singapore Industrial Park (VSIP) 26 years ago. The project is developed by a joint venture between the Industrial Development and Investment Corporation (Becamex IDC Corp) and a consortium of Singaporean investors led by Sembcorp Development Group.

From the cradle of the industrial capital of the South

In May 1996, the groundbreaking ceremony of VSIP I – Binh Duong took place, under the witness of the late Prime Minister Vo Van Kiet and the former Prime Minister of Singapore Goh Chok Tong.

Not long after the establishment, the financial recession across Asia took place, the attraction of investment in industrial zones slowed down. However, instead of choosing to delay the project, the partners in the joint venture are determined to accelerate the construction of practical operating procedures, invest in human resource training; build a complete industrial park infrastructure system. Standards for industrial production and utility services have been implemented, ready to welcome investors as soon as the economy recovers.

Careful preparation creates strong momentum. In 2000, there were many changes in attracting investment to VSIP I. Since 2002, on average each year VSIP I has attracted about 30 projects, which is a bright spot in attracting foreign investment in Vietnam. In 2006, the 345ha VSIP II – Binh Duong project was started construction. Soon after, in 2008, VSIP II expanded by 1,700ha, bringing the total area to 2,045ha. Most recently, Binh Duong received another 1,000ha VSIP III – Binh Duong Industrial Park in 2022. Three VSIP projects in the Southern “industrial capital” attracted 584 projects, with a total investment capital of 8.3 billion USD, creating nearly 150,000 jobs. 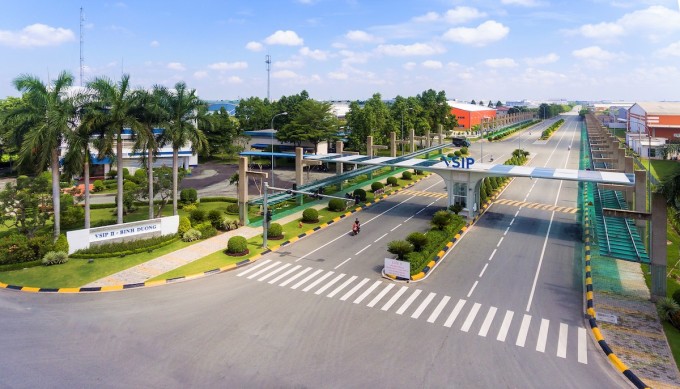 VSIP I Binh Duong has made an important contribution to change the face of Binh Duong. Photo: Quynh Tran

“Becamex, Sembcorp and their partners have come together to perform unprecedented work, with the most pressing question every day: What must be done for the VSIP joint venture to develop effectively, to contribute to the construction work?” Binh Duong, contributing to the overall development of the country,” shared Mr. Nguyen Van Hung, Chairman of the Board of Directors of Becamex IDC, co-chair of VSIP Group.

Expanding to the Northern provinces

Having a geographical position similar to Binh Duong when it is adjacent to the economic “engine” of the country, Bac Ninh is also one of the localities that “changed flesh” thanks to the formation of VSIP. In 2007, VSIP continued to be started in Bac Ninh. The project is located on National Highway 1, connecting the Northern key economic region with China, and bordering with Hanoi.

VSIP Bac Ninh has an area of ​​nearly 700 hectares, of which 500 hectares is for the development of a clean industrial park with criteria on environmental standards and production technology. Nearly 200ha of area including commercial projects, hotels, supermarkets, schools, offices, sports areas, houses, high-quality apartments and housing projects for employees.

The appearance of VSIP contributes to making Bac Ninh become one of the leading localities in the country in industrial development. Many international investors come from Japan, Korea, Singapore, USA…, including many big names like: Microsoft, Suntory PepsiCo, Foster, Mapletree, Nittan…

Since 2019, VSIP Bac Ninh II has been deployed on a total area of ​​more than 273 hectares with a total capital of nearly 2,360 billion VND. The industrial park is oriented towards clean and high-tech industries, which is expected to come into operation soon, along with Bac Ninh province to a centrally-run city in 2022.

The third province with the appearance of VSIP is Hai Phong city. The project was implemented in 2010 on a land fund of more than 1,500 hectares. In which, 507ha of industrial park land, the rest is urban construction land – services.

After 12 years of operation and development, VSIP Hai Phong has become a bright spot attracting foreign investors with 62 projects and a total investment of 2.4 billion USD. The formation of VSIP has turned the low-yield low-lying rice fields of Thuy Nguyen district into modern factories of international standards. At the same time, the industrial park also brings job opportunities for 51,000 workers.

In addition to Bac Ninh and Hai Phong, in Hai Duong, VSIP Industrial Park is located on a land fund of 150 hectares, in Cam Dien commune, Cam Giang district.

Spread to the Central region

Not only expanding and spreading influence in the North and South regions, VSIP is also present in many central provinces and cities, including Quang Ngai, Nghe An, Binh Dinh, and Quang Tri.

VSIP Quang Ngai 915ha was started in 2013, attracting key industries such as food – beverage, fast-moving consumer goods, assembling electronic components and light industries serving the field of petroleum and chemicals. Currently, there are 29 investors committed to implementing the project with a total registered investment capital of 815 million USD.

VSIP Nghe An 750ha started in 2015, is the largest project invested in Nghe An up to now. The Group has successfully attracted 30 investment projects here, with about 20 projects coming into operation, 22,600 local workers have had jobs.

The new name appearing in the Central VSIP map is Binh Dinh, located in Canh Vinh commune, Van Canh district. The project was started in September 2020, with a total investment of over 3,300 billion VND. Phase 1 of the project, called Becamex VSIP Binh Dinh, belongs to Subdivision 7 of Nhon Hoi Economic Zone with an area of ​​1,425 ha.

Recently, the People’s Committee of Quang Tri province also made a decision on the establishment of Quang Tri Industrial Park with the investment of VSIP in Hai Lang district, with a total area of ​​481.2 hectares. Why is industrial real estate the ‘hottest’ in the M&A market?